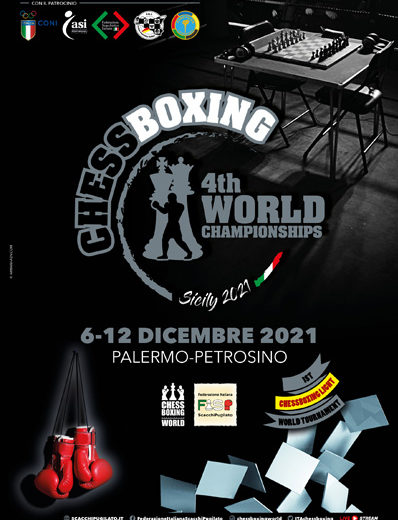 UPDATED (11th November 2021) The 4th Chessboxing World Championships will be held in Sicily (in Palermo and Petrosino) between 6th and 12th December. They will also include the 1st Chessboxing Light World Tournament and other collateral activities such as a WCBO Referees-Judges Seminar, a WCBO trainers course, the 8th Mediterranean Chess Festival (A, B and C tournaments of which the first is on 9 rounds), the screening – a European Premiere – of David Bitton‘s film-documentary By Rook or Left Hook: the Story of Chessboxing, the screening of a shorter film-documentary on chessboxing by Alessandro Mignacca Perfect: The King od Fist with some of the participants present in the room for a question & answers session, a guided tour Palermo by Night and then anoher guided tour to Erice and Trapani. In addition there will be four art exhibitions by seven Sicilian artists. 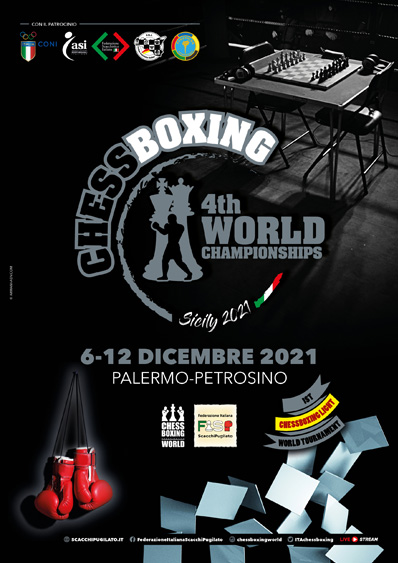 To know more, and to enroll, view and/or dowload the Invitation-Presentation-Entry forms: UPDATED 11th Nov.

39 thoughts on “Programme of the 4th Chessboxing World Championships and collateral activities.”